If you are a bourbon fan, you must be familiar with the light notes of oak, vanilla, and caramel that it brings to the table. Its taste is something that is often endorsed by its ardent fans.

However, what if you call your friends home for a drink, but you find yourself with an empty bottle? In such cases, you need not cancel your plans. Instead, you can try other substitutes like whisky, rum, peach nectar, ginger beer, and many more.

Wondering why and how? The following article holds the answers to help you quench your thirst. Read along and learn.

Best Bourbon Substitutes That You Can Try

There are several bourbon replacements available, both alcoholic and non-alcoholic. Both of these alternatives will produce the same outcomes as Bourbon. So, without further ado, let’s get started with a list of the best bourbon alternatives.

Let’s start with the alcoholic alternatives to Bourbon. 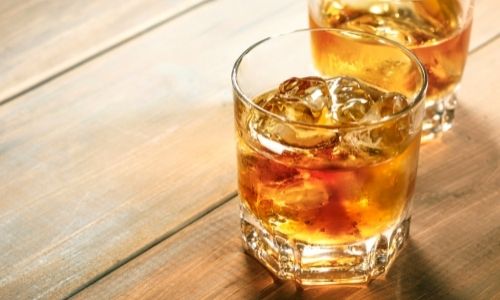 Some whiskies may taste different to you, yet they all function in the same way in terms of flavor. Because of its many similarities with Bourbon, whisky is an excellent alternative to it. Bourbon is a kind of whiskey from cereals such as maize, wheat, barley, or rye and aged in oak barrels.

You may use the same proportion of whisky as Bourbon in your dish.

It may be used in a variety of sweet meals such as cakes, pudding, and toppings. Aside from that, it may be added to flavor sauces and condiments such as barbecue sauce and meat marinades. 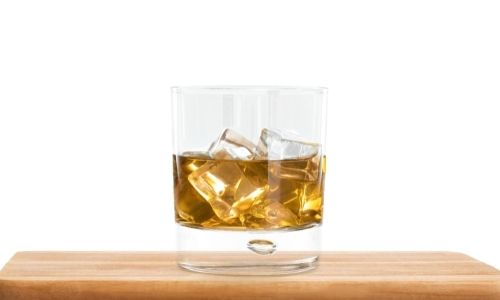 Scotch and Bourbon are eerily similar alcoholic beverages. Some cynical chefs and specialists argue that the only difference between the two is where they are created. It is made from water and malted barley cooked over a wood fire. Scotch can give various flavors to your recipes, and its complex taste can vary from woody to fruity to flowery or sweet.

It is ideal for substituting bread recipes and various recipes in any meal of your day. Some well-known dishes that you can create by adding scotch are Sponge cake, shrimp sauce, pasta sauce, pancakes, and briskets. 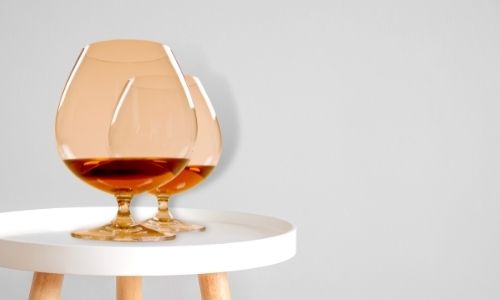 Brandy, another aged alcohol beverage stored in wooden barrels, has many flavors and fragrance qualities as Bourbon. It is made from wine and is most commonly made in wine-producing countries like Mexico, Spain, and Italy. Brandy is available in various flavors, from apple and apricot to cherry and peach.

Brandy’s fruity flavor adds a particular flavor to your food, akin to Bourbon, and is commonly used in meat and sweet dishes.

Because Bourbon and brandy have similar flavor profiles, you may use the same quantity of brandy as Bourbon in your recipe. 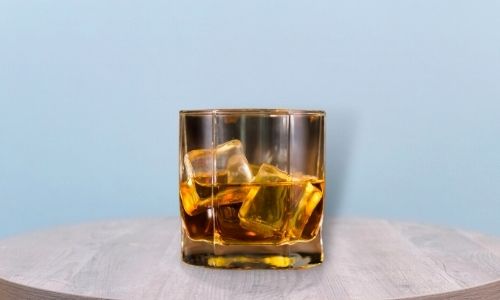 Rum is a superb alternative to Bourbon since it maintains a good balance of spice and sweetness in your meals. It’s created from distilled sugarcane or molasses that’s been aged in an oak barrel. You may add a hint of vanilla and caramel flavor to your meal by using rum, which goes well with sweet dishes.

This alternative may also be used with meat and in preparing sauces for a delectable barbeque dinner. Because rum and Bourbon go hand in hand in terms of quantity, you don’t need to take a separate measurement to utilize it in your meals. 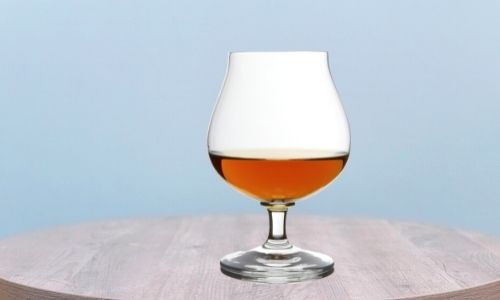 Cognac is a french brewed alcohol that is produced from distilled wine. For the perfect taste, it should be distilled twice in a copper pot and matured in French oak barrels for at least two years. As cognac has a better caramel flavor than brandy, it may capture the same flavors as Bourbon. It can be used in preparing both sweet and savory meals.

Cognac has a similar depth of flavor to Bourbon, making it an excellent substitute for chocolate desserts, shrimp, creme brulee, and moose. If you’re making a dish that asks for Bourbon, make sure you use the same quantity of cognac if you’re substituting it.

Amarula is a fabulous South African liqueur with overtones of vivid fruit, creamy caramel, peppery spice, and a hint of citrus, making it a good substitute for Bourbon in desserts. The texture of Amarula is more creamy, resulting in a velvety, mouth-filling flavor that isn’t overpowering.

You can customize the amount of Amarula in your meal to your personal preferences. It may be used to make hot chocolate, pudding, cheesecake, and custards, among other things. Remember that Amarula has a lower alcohol content than Bourbon, so keep that in mind while substituting. 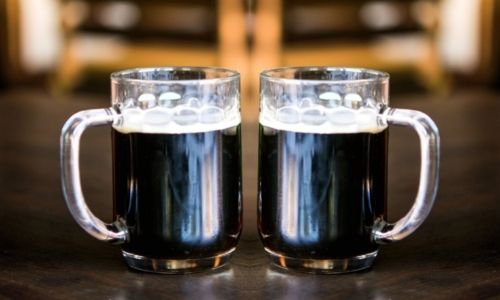 Dark beer is a much simpler substitute for Bourbon. It has a fuller flavor than other beverages and contains hints of caramel or coffee, imparting a sweeter and more distinct flavor to your meal. It has a roasty or bitter flavor and, in some situations, a dark chocolate fragrance.

It’s a good bourbon alternative, but it’s not as popular as a few others on our list. It’s a healthier choice for health reasons, and you can use it to make recipes like fried chicken, dips, and ribs. 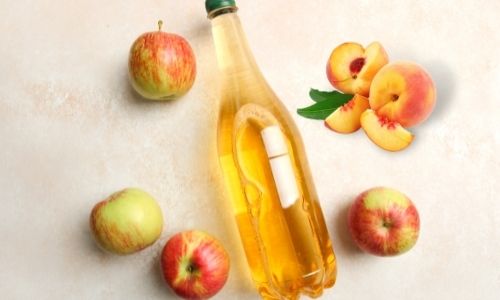 If you wish to get that extra punch of taste in your dish, then the blend of peach nectar and apple cider vinegar is the best non-alcoholic substitute for that. Peach nectar with sparkling apple cider vinegar adds a rich, fruity flavor to recipes, making it ideal for chicken meals. The peach nectar has sweet characteristics, while the vinegar contributes the sharpness you may be hoping for from the Bourbon.

To get the best flavors, add fifty percent of peach nectar and apple cider vinegar to your dish. You can use this substitute in making pork meals, eggnog, fruit-based beverages, BBQ sauce, and many more. 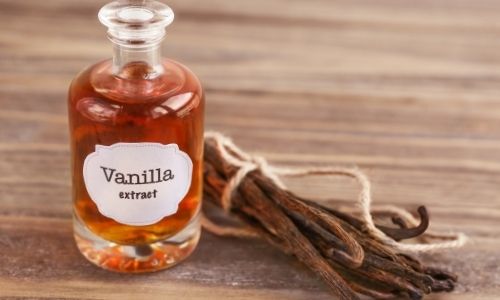 This non-alcoholic alternative may be used in sauces, making pies, soups, puddings, cakes, and ice cream. When using bourbon vanilla extract in your dishes, make sure that you use it in the same amount as Bourbon. 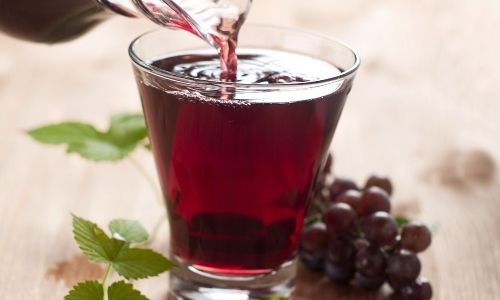 Sparkling grape juice has a citrus base and adds a fruity note to your meals, making it one of the most acceptable bourbon alternatives. Though it has a fruity flavor, that does not imply it can only be used in sweet foods. You may also use it to make some delicious savory recipes.

Try substituting sparkling grape juice for Bourbon in your meals the next time you’re in the kitchen. You may use it to make delectable sweets and marinate meat for a tender and juicy supper. 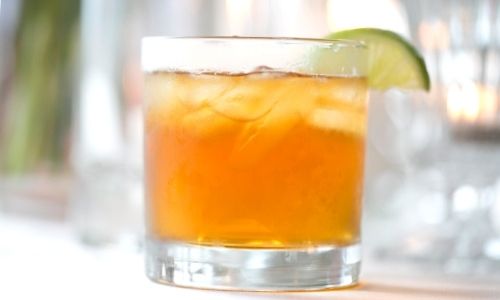 Ginger beer makes an excellent non-alcoholic substitute for bourbon as it has a spicy flavor with a small amount of natural sweetness. It is prepared using ginger, water, and sugar mixture fermented with yeast, carbonated, and stored in bottles. Its distinct taste attributes blend into any savory or sweet dish and gives it a delectable taste.

It may be used in baked goods such as cookies and gingerbread and for making sauces or glazed ham. If you add ginger beer, be careful to keep the extra moisture to a minimum. Otherwise, your dish will be too soggy.

Finally, we have had our last substitute water, the universal solvent water. Compared to our other replacements, water is a more straightforward substitution that is highly successful when used in dishes in lieu of Bourbon. Water helps to keep the meal’s taste while also delivering the essential moisture.

Though it might be challenging to achieve the right flavor and consistency when using water, this substitute is widespread and the most simple to utilize.

1. What other alcoholic beverage is similar to Bourbon?

Among the replacements mentioned in this list, whiskey, rum, and brandy are the most comparable alcoholic beverages to Bourbon and the best for use as a substitute.

2. Which is the best non-alcoholic substitute for Bourbon?

Though you are aware of all the non-alcoholic substitutes for Bourbon, vanilla extract is the best substitute among all of them.

3. Are Bourbon and whisky the same?

Bourbon is a kind of whiskey, similar to how champagne is a type of wine. So, the answer to this question is that while all Bourbon is whiskey, not all whiskey is Bourbon.

So, we’ve come to an end, and I hope our list of the best bourbon alternatives has helped you discover your best mate for preparing delicious foods.

Alcohol has long been an essential element of cooking, and experimenting with various alcoholic beverages may be enjoyable! So, the next time you run out of Bourbon on your shelf, don’t abandon the notion of making a tasty dish; instead, have a look at our list and utilize any of these bourbon replacements.