Did you find an old bag of Cheetos lying in your pantry and wonder if you can consume them? Or Do you wonder if these chips ever go bad? Well, you have found just the article!

Cheetos are one of the most popular cheese-laden chips that everyone enjoys! However, unlike other chips, they have a shorter lifespan owing to the cheese particles in their manufacturing.

In this article, we will discuss the ideal shelf life of these chips and how to store them to increase that! Furthermore, we will also discuss a perfect guideline that will help you inspect them to ensure you do not end up eating something that is not good for your health.

How Long Does Cheetos Last? 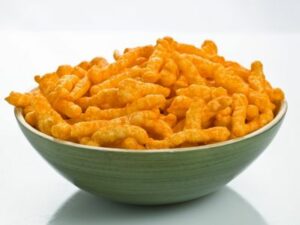 Well, Cheetos has cheese! Naturally, it is perishable and will become soft and taste salty as it ages. However, an ideal packet of Cheetos can last about 6 months from the packaging date. If the packet is not tampered with and opened, you can store it in your pantry.

You may have noticed some packets that do not have the signature air pocket inside, avoid purchasing them since they will get spoilt faster than the other packets. Air has oxygen that can interact with the cheese and cornmeal fingers which can eventually deteriorate and make it consumable. The nitrogen in the packet helps keep them fresh and away from direct contact with air.

Once the packet has been opened, it is crucial to pack it with chip clips or zip lock bags that restrict its interaction with air particles and water. Furthermore, keep it in a cool and dark place free from moisture.

Once the packet is open, you can expect it to be fresh for about 5 days. After opening the packet, some people refrigerate their food to halt spoilage.

How to Know if Cheetos has Gone Bad 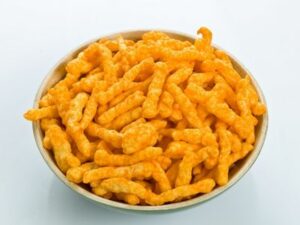 Cheetos is popular because of their crunchy texture and distinctive sweet and spicy taste because of the cheese in them. These orange curls have won our hearts because of this unique combination.

It has made its way into some of the most popular recipes, including sandwiches, waffles, eggs, etc. However, let us closely examine how you can detect if the Cheetos is not fresh and not fit for consumption.

As mentioned earlier, these chips have an excellent crunch; if that crunch is missing, it’s not tasty enough! If the chips are expired or not stored correctly, there are chances that the chips will interact with air and becomes soft and dry, thus, losing their crispiness, thus altering the overall texture.

Furthermore, the cheese dust on the Cheetos can also interact with water and air to release water and hence becomes soggy and liquidy.

Cheetos have introduced the concept of cheesy chips; hence, people prefer to eat them because of the flavor blast one can feel after every bite.

If the chips are not cheesy enough, it is an indication that the chips are old and hence it, may have lost their flavor and are either spoilt or on their way to that.

Mold on chips may be strange to most of you; however, since these chips are rich in dairy-based cheese, the chances of mold flourishing on them are relatively high. If these chips are allowed to interact with moisture, it will amplify the growth and proliferation of microbes.

Hence, if you notice a layer of black or brown growth on the packet or the chips, it’s safe to discard them without attempting to consume them.

We all know the aroma released when a bag of Cheetos is opened. Cheese dust in them will release a pungent odor when spoilt; hence, it is safe to say that you will know if it smells different. It’s better to avoid eating anything if the smell is unpleasant and foul.

Can You Eat Expired Cheetos?

Ideally, an expiration date indicates the time span within which the chips taste best! Hence, the good news is that you can consume an expired packet of Cheetos for about 3 months after the date; however, exercising caution is always a good idea since these chips have cheese in them. Consuming stale cheese can cause severe food poisoning; hence, evaluate the chips thoroughly before eating them.

Can you freeze Cheetos after opening them?

Yes! Since the refrigerator is one of the cleanest and driest places in the house, you can pack your leftover chips in a ziplock bag and store them in your freezer. I always like to freeze my bag of chips once I have opened them to ensure they are moisture-free.

When you thaw them, they should retain their crunch and flavor! If not, I like to bake them at 180 degrees Celsius for about 10 minutes! It works!

In this section, we will answer some commonly asked questions.

Does Cheetos have nitrogen?

Answer: Chips have an air filling to maintain their integrity and taste. When you open the packet, you may notice the air that gets released; that is nitrogen. Contrary to popular belief, the nitrogen released is not harmful to the consumer and will not have any ill effect on the environment or the consumer’s health.

Can I get ill after consuming expired Cheetos?

Answer: Generally, eating anything stale can result in food poisoning and other health concerns like nausea, vomiting, stomach ache, and sometimes dizziness. However, consuming Cheetos past its expiry is safe by about 3 weeks. However, the packet must be intact without any tampering or holes.

If maintained in a dry location free from air and water, Cheetos will stay crisp and fresh for approximately 6 months after their date of sealing. Eating them within a week after opening the packet is recommended if you wish to savor the crispy texture and cheese flavor.

If you wish to freeze them, you can store them in air-tight bags or containers to keep them fresh. Even though it is safe to consume them past their expiry date, inspect them before eating them.

I hope you found this article helpful. If you have any further queries, let us know in the comment section below.