Here the fact is the making of almond milk doesn’t contain any animal product. It is totally a vegan drink. Hence, it is ideal for all of you who are either lactose intolerant or allergic to dairy products.

The very first question is, does almond milk do bad? The answer is Yes. Though it can stay stable longer than fresh cow’s milk after some time, even almond milk tends to go bad.

Therefore, I will answer your queries related to the storage of almond milk and various other questions. The following sections are written in such a way that will help you save your stomach ailments. So let’s get into it.

How Long Does Almond Milk Lasts? 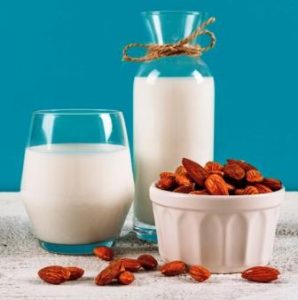 The shelf life of almond milk purely depends on the ways you are using it to store it.

How long does almond milk last after opening?

In case you have opened it, it is better to finish the refrigerated almond milk within seven days.

If you have opened the carton, you can place the carton in the refrigerator as it will last for 3-10 days.

Further, if you have not refrigerated it, you must consume shelf-stable almond milk for 7 to 10 days. Also, there is a variety of almond milk that is not made out of preservatives, so it is recommended to refrigerate it immediately after opening to avoid decay.

On the other hand, if you store an unopened carton of almond milk at room temperature, it can easily survive for at least 3-4 weeks even after the mentioned use-by date. This is because of its sterilization process, in which a product is first heated or dried to kill the foodborne microorganisms.

For your information, there is a special packaging that uses an aseptic carton. These cartons are specifically manufactured to give a prolonged shelf life to almond milk.

Here, the fact is that sterilized almond milk is not as stable as shelf-made almond milk. Therefore, sterilized milk can sustain for less duration.

Signs of Almond Milk Spoilage | How do I know when almond milk is bad?

Though you can consume the almond milk even after its use-by date depending upon the way you store it. But you should not consume it at all if you see signs such as thicker texture, bad smell, sour or bitter taste, color change, and sometimes even an awkwardly bloated carton.

If you notice any of the following signs, it is best to avoid consuming almond milk:

There are two scenarios for lumpy texture in almond milk.

For starters, it could be due to the curdling of the milk. This happens when the milk is on the verge of bacteria development. Whenever any dairy milk begins to lose its quality. The bacteria produce extra acid that might facilitate the process of breaking the entire structure.

While the texture might seem a bit bizarre, such almond milk is safe to consume.

On the other hand, the lumpy texture could also be due to the freezing of almond milk. This can be avoided by thawing the milk and giving it a vigorous shake. Regardless, such milk is safe to drink.

Check for any added sweetener in the almond milk while buying. Such a feature is more prone to making the almond milk taste bitter, sour, or acidic when it goes bad. If you find any such taste, it is best to toss it out. Do not try to offset the taste by adding sugar, as it can directly affect your health.

If your almond milk carton is unopened and packed, it is best to check the carton. If it seems bloated, it is advisable to toss it out.

Bloating is considered to be a clear indication of the presence of bacteria in the container. It feeds on the contents and produces gas. Since this gas does not have any way out, it makes the packet bloat.

Discoloration is said to be one of the most evident indicators of spoiled almond milk. If it is yellow, consider it to be expired.

Always remember that almond milk is supposed to be off-white. If you see any other color, it is best to discard it.

Black patches in the carton of the milk are a sign of mold. Generally, this happens when the almond milk is not used for a long period. If you see any such signs, it is best to toss them out.

What Happens if You Drink Spoiled Almond Milk

There is hardly any difference between the spoilage of any kind of milk and almond milk. If you consume expired milk, you have a high risk of food poisoning. If it goes beyond its mentioned use-by-date, it may develop bacteria, and if you have left it open, the bacterial spores may give room to other organisms to grow.

Further, you may have other food poisoning symptoms as well, such as diarrhea, abdominal pain, cramps, and vomiting, to name a few. Besides, drinking bacteria developed in spoiled almond milk may keep you uneasy with mild discomfort that may last for quite a few hours.

Additionally, if the pain gets worse, it is better to see a doctor and get medication as soon as possible. In this matter, I want to highlight that you should not ever consume expired almond milk. For those who are allergic to dairy products or lactose intolerant, you should never even try this stunt as it may risk your life.

How to Store Almond Milk? 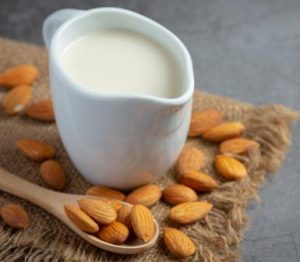 There are effective ways to increase the shelf life of almond milk and keep it fresh for a prolonged time. All you need to do is to keep them in mind and follow the ways on a priority basis.

If you are interested in making your own almond milk, first thoroughly rinse the almonds. Make sure you store them in an airtight container or jar. This practice will prevent the growth of bacteria.

Well! If you have an unopened shelf-stable almond milk carton, store it unrefrigerated till the best by the date mentioned on the carton. However, if you have mistakenly opened it, then immediately refrigerate it.

If you have an opened almond milk, it would be recommended to store it in the back region of the fridge or wherever it is coldest in your fridge. Also, try to consume it as soon as possible to get a stable taste.

What Happens if you Freeze Almond Milk?

What if you want to store your almond milk for months? What should be done in such circumstances?

Well, you can try freezing almond milk as it will help you retain the freshness for at least 6 months.

There are two ways to freeze almond milk.

Transfer the almond milk to an airtight container. Fill it up but leave some headspace. Place the lid and pop it in the freezer.

You can also try freezing the almond milk in ice cubes. This shall make it easier for you to use it for recipes and dishes.

How to Thaw Almond Milk?

Freezing almond milk is pretty straightforward, but we cannot say the same when it comes to thawing it.

This is because the freezing process separates the milk and affects the consistency. This situation is aggravated while thawing as well. But it can be fixed by blending it for 20-30 seconds.

While this might not give you the original consistency, you can use such milk in dishes.

What are the Alternatives to Almond Milk if it has gone bad?

If your packet of almond milk has gone bad, you can try the following substitutes:

How long is almond milk good for after the expiration date?

Even though almond milk has a limited shelf life, it can be elongated with the correct storage techniques. Furthermore, you can use it after the expiration date with proper storage techniques. You can either keep it in the refrigerator or freeze it if you are planning to use it for weeks.

How long is unopened refrigerated almond milk good for?

Unopened refrigerated almond milk is good for 5-7 days. Once you open it, you must consume it within 2-3 days.

Can almond milk make you sick?

Almond milk is generally quite safe and nutritious. However, if one is allergic to almonds, they might get diarrhea or nausea.

Why is my almond milk thick?

Almond milk thickens when due to the curdling process. While you can blend it to improve the consistency, it is best to toss out thick almond milk as it is a sign of spoilage.

Can you drink almond milk after 7 days?

As long as the almond milk has been stored in the refrigerator and it is not showing any spoilage signs, you can drink it after 7 days. If it looks curdled, you can add it to your recipes instead.

Curdling is a sign of spoilage when it comes to almond milk. It denotes the presence of bacteria. In such cases, if there aren’t any other signs, it is safe to consume almond milk.

In the above write-up, I have tried to cover all the possible questions related to the storage and spoilage of almond milk. You have to give special importance to the storage practice of it.

Also, once you open the carton, immediately place it in the refrigerator. Further, try to consume it as soon as possible. Not only this, avoid drinking expired milk or post-dated use-by-date to avoid any health issues. Enjoy your almond milk!