So you found a container of baking soda sitting at the back of your kitchen cabinet for quite some time now. You know it has a longer shelf-life, but unsure how long it lasts – Does Baking Soda Go Bad?

When you find an old container of baking soda in your kitchen cabinet, questions arise. What is the Shelf-Life of Baking Soda? Will It Still Work for Baking? What are the Spoilage Signs to Check? What are the Risks of Eating Expired Baking Soda?

If these are the questions bothering you after finding the old container of Baking Soda, continue reading to find reliable answers to these questions.

What is the Shelf-Life of Baking Soda?

The container of Baking Soda comes with a best-before date printed on the label. But, some packages lack this information, and in such cases, you may assume the shelf-life of your Baking Soda is about three years, as per Arm & Hammer FAQ.

After opening the container, the Baking Soda can sustain its peak quality and potency for six months. Exposure to air and moisture accelerate the degradation process and weakens the soda’s potency. But, it won’t make the Baking Soda unsafe or inedible.

These periods mentioned above are for cooking and rough estimates. You must check the old Baking Soda before using it for its potency.

What are the Spoilage Signs of Baking Soda?

Baking Soda doesn’t have an indefinite shelf-life, and hence it can go bad. But, knowing the spoilage signs can help you determine when it is edible and when it has gone bad. Baking Soda won’t spoil, but it degrades and loses its potency with time. So, you have to test the Baking Soda to know when it is no longer edible.

Sodium bicarbonate is the weakest base that easily reacts with other acids like lemon juice and alkali. So, when it is added to muffins, it makes them fluffy.

When you add the Baking Soda to vinegar, it starts to get bubbled, and it expands immediately. The Baking Soda is still in edible condition with high potency if you see such things happening.

Take one teaspoon of Baking Soda and mix it with two tablespoons of vinegar. As it starts reacting, you will see fizzes and bubbles. The mixture will get foamy. It indicates that your Baking Soda is still fine and can work as a leavening agent in baked recipes.

If these things are lacking in the mixture and the product seems stale, the Baking Soda has lost all its potency and is no longer edible.

If you see wet clumps or discoloration in the container of Baking Soda, discard it. The color changes with time when it reacts with environmental factors and air. It indicates that the Baking Soda is no longer edible and potent for baked recipes.

The wet clumps occur in the Baking Soda when exposed to moisture, indicating that the potency has weakened and won’t deliver satisfying results in baked recipes.

What Happens When You Eat Spoiled Baking Soda? 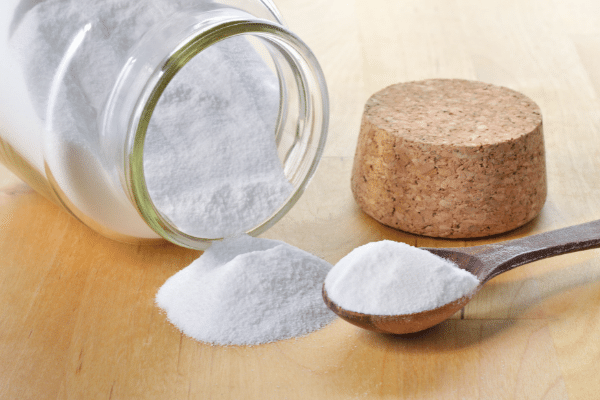 Using Baking Soda after expiry won’t make you sick. It remains perfectly safe and edible. But the potency reduces, and it becomes less effective. Michigan State University says it is best to use the Baking Soda before the printed use-by date because, after the printed date. But, it remains safe and edible for 18 to 24 months past its expiry date.

The only risk associated with using expired or spoiled Baking Soda is its incapability to rise properly, making the baked recipes dense and flat. Baking Soda stays good after its use-by date, but it loses its potency with time. It lacks producing leavening action in the recipes, but it is still safe for consumption.

Since it is not toxic and effective past its use-by date, it won’t make you sick if you consume it after expiry.

Can You Freeze Baking Soda? Refrigerated Vs. Shelf-Stable 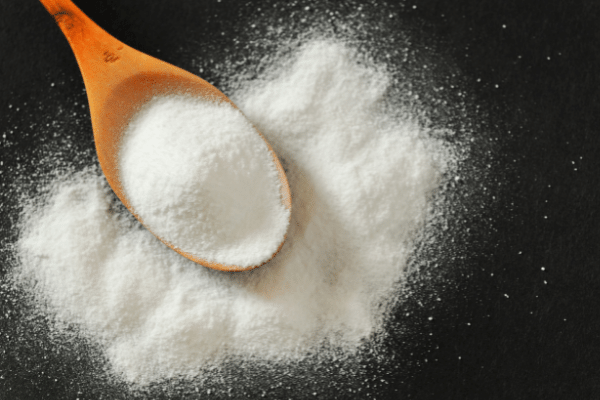 But, some people prefer freezing the Baking Soda in an airtight container to preserve its peak quality and potency. The temperature change may cause condensation, and hence you must store the Baking Soda at your risk.

Baking Soda can deodorize the freezer efficiently for up to three months. But, it won’t have the potency as a leavening agent and may attract odors while freezing, which affects the taste of the recipes.

Since Baking Soda traps moisture and odors effectively, it is suggested not to store the Baking Soda in a fridge, especially if you want to bake with it. The odor trapped will be passed on to the baked recipes, which will offer a disastrous result.

If you use Baking Soda to deodorize the fridge, it can last for three months.

The unopened container of Baking Soda can sustain its peak potency and quality for up to 24 months at room temperature. If properly stored in dry places, it may even last for up to three years.

What are the Best Ways to Store Baking Soda? 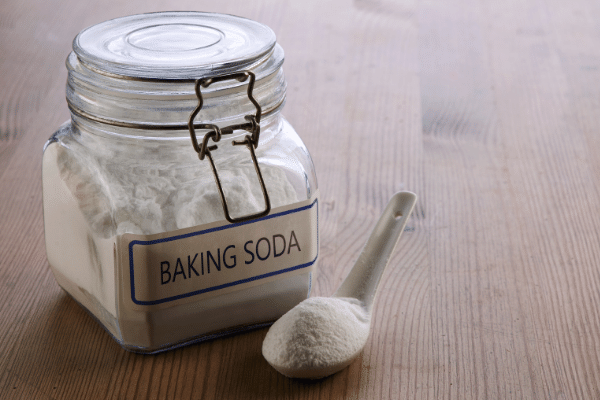 Proper storage conditions have a huge impact on how long the Baking Soda stays potent and in peak quality. Improper storage heightens the chance of spoilage because it is exposed to moisture and may absorb odors to ruin the baked recipes. So, follow the below-mentioned storage tips to extend the shelf-life of Baking Soda.

Store in Dry and Dark Places

It must not be exposed to moisture for a prolonged period as it may affect the potency and quality of the leavening agent. Besides, the Baking Soda may absorb odor from other foods when stored improperly.

Store in an Airtight Container

Unless the Baking Soda is exposed to moisture or condensation; it remains safe and in peak quality. After opening the container of Baking Soda, you must transfer it to an airtight container or jar to prevent moisture exposure.

The Baking Soda start,s degrading within six months after opening, depending upon how frequently you open and close the container. But, keeping it tightly sealed in an airtight container can delay the process of degrading.

How Long Does Baking Soda Last After Opening?

All containers of Baking Soda come with a printed use-before date, but they are not always exact. After opening the container, the thumb rule is that you must ensure finishing the Baking Soda within six months to one year to enjoy the peak quality and potency.

However, the period may change depending on where and how you have stored the Baking Soda after opening.

The muffins or brownies baked using Baking Soda last as long as the fastest spoiling component in the baked recipe. The other components in the recipe may cause the baked item to spoil, like milk and eggs.

Any baked recipe with fresh fruit will degrade quickly, but technically the Baking Soda used in the recipe will last indefinitely. The Baking Soda is not toxic, grows no mold, and harbors no bacteria.

Baking Soda never spoils or goes bad technically. However, it absorbs moisture and odors from other foods and may ruin the taste of the baked recipes. So, when you see wet clumps, discoloration, and unpleasant odors in your Baking Soda, discard it without using it further.