Finding an old bottle of Rumchata can remind you of the amazing party you had months ago. But you might be forced to toss it out with a heavy heart. But should you?

Well, as opposed to other liqueurs like triple sec, Rumchata is not that long-lasting. It might start to go bad 12 months after opening.

But if you want to read more about Rumchata and learn its storage techniques, we highly suggest going through the following article. We shall understand how you can use your favorite sweet and cinnamon(y) liqueur for a long period.

No matter how badly we want it to last forever, Rumchata does go bad. But the brand, however, promises that the bottle will be empty sooner than it reaches the time of spoilage.

But not when you have forgotten it for years to come. So it might either lose its strong blend of rum and creamy flavors, or maybe color, texture, and smell might start to fade before it completely goes bad.

Let’s do one thing; it’s obvious that we might have forgotten how it looked and tasted when we first got it. So before we know its spoilage signs, let us know a bit more about its actual taste and flavors when it’s newly manufactured or is at its best quality.

So if you have found a long-lost bottle of rumchata and are not sure if it’s fine, this information is exactly for you. Well, best before date does most of its work, but sometimes having a little extra information won’t do any bad.

Talking about flavors first, Rumchata is a creamy liqueur flavor with cinnamon and vanilla. It is extremely smooth and subtle, so it will easily blend with Vodkas or fine Bourbons, Absinthe. RumChata draws out the unique flavors while smoothing over any harsh edges.

So if you want to check if your bottle of rumchata is still fine to consume, giving it a try would be the best possible choice. It is so versatile that you can easily mix it with anything and everything.

The manufacturers say that the rum pouches vanilla and spices to the forefront, eventually making your drink a bit more fun. But sadly, when it starts to age or spoil, it losses its intensive strong flavors.

So let us know what the few easiest ways to store it right so you can enjoy rumchata for a longer duration are.

How to Store Rumchata?

Storing rumchata isn’t a big deal. It needs to be stored exactly the same way you would store any rum-based beverages, including rum.

So yes, room temperature is just fine. However, it needs to be tightly closed as moisture can quickly lead to spoilage. Secondly, storing it anywhere near of source of heat is a complete no-no.

So ideal temperature to store rumchata is anything between 50-75°F (10-24°C). So your pantry or kitchen cabinet that is away from gas is perfectly fine.

This cream-based mixture stays fine at room temperature only due to the tiny amount of cream present.

But that said, how long will rumchata last. Because we know, sadly, it won’t be forever!

How Long does Rumchata Lasts?

Now that we know that the long-lost, forgotten bottle of rumchata does not really go bad at room temperature, its shelf life comes as an issue.

The best-by date here can be of great help. But that does not make it unsafe to consume rumchata post that.

How long does Rumchata last unopened?

But if you have had an unopened bottle of rumchata, it will be fine for several years as oxidation and moisture are at bay. You can store it in your kitchen pantry and use it whenever required. However, it must be noted that the bottle must stay away from direct heat.

How long does Rumchata last once open?

But once you open the bottle, it will be fine for 12 months or so.

How long does Rumchata last at room temperature?

If you have an unopened bottle fo Rumchuta, you can expect it to last for several years at room temperature. However, it shall only last for 12 months if the bottle is opened.

How long does Rumchata last in the fridge?

The same applies to Rumchata in the fridge. An unopened bottle can last for several years, while the opened ones last for 1 year.

That does not mean you need to discard it after that time period. You can still have it unless it makes your drink pleasing and adds some kind of flavor to it. However, when rumchata goes bad, you will notice some kind of change, and here’s what you should know.

How Can You Tell if Rumchata Is Bad? 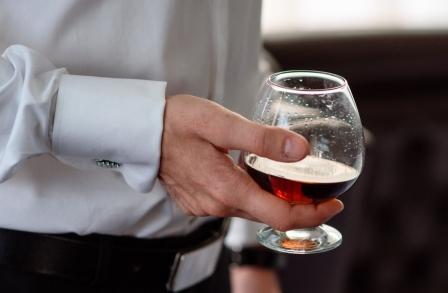 The brand says that the bottle of rumchata would likely be empty before it turns bad. But if you have had it for quite a long duration, it is always advisable to give it a quick test.

So when rumchata spoils, the first thing you will notice is a change in its color or the growth of visible bacteria around the bottle. You simply need to stir it well to check if rumchata is fine or has gone bad.

Secondly, the old bottle of rumchata develops an odd dark smell or change in taste in it. If you are unsure if your rumchata is fine with that weird smell or if it tastes bad, make sure you discard it. It has likely gone bad, and its pale taste will surely spoil your whole drink.

Mostly when rumchata ages or you have an opened bottle of rumchata, it will likely lose its strong cinnamon and vanilla flavors. That does not make it go bad. You can simply add some to it if you want to like spiced drinks.
Read More

Can You Eat Rumchata After the Expiration Date?

As long as flavors are intact or there are no signs of spoilage, old rumchata is safe to drink and won’t make you sick. But there is no point consuming spoiled rumchata. It can lead to an upset stomach, food poisoning, or skin infections as well.

So give your rumchata a quick taste test before you add it to your drink.

Can You Freeze Rumchata?

In case you have an open bottle of Rumchata that you want to preserve, you can try freezing it. This will prevent any consistency issues when you finally use it.

Method 1: Pop it in the Freezer

The simplest method to freeze Rumchata is by popping it in the freezer. However, do pay attention to any moisture growth by checking on the bottle at regular intervals. This is necessary as there are high chances of your bottle exploding and making a mess in your refrigerator.

If you want to play a safe bet, we suggest storing Rumchata in ice cube trays. You can also easily use it directly for cocktails and recipes.

What are the Alternatives to Rumchata if it has gone bad?

If you want to recreate the taste of Rumchata, you can try the following substitutes:

Can you drink curdled rumchata?

Yes, you can surely drink curled rumchata, as curdling occurs when you mix rumchata with highly acidic or citric acid mixtures such as fruit juices and sodas. Rumchata is fine to consume unless you find it fun and not toxic in any way.

This may change from person to person, and thus, it’s advisable to give it a try.

Can you drink rumchata straight?

Rumchata is a great addition to your dinks as well as a straight drink. The choice is yours. There are innumerable rumchata recipes you can try if you find it a bit strong. Rumchata is both perfect on its own as well as in cocktails.

Does rumchata go bad in heat?

It is advisable to store in a cool place, preferably away from direct sunlight. This is because any change in the temperature can drastically change its taste. Hence, always keep it in your kitchen pantry.

Can expired Rumchata make you sick?

Expired Rumchata can make you sick, especially if it shows spoilage signs. But the health consequences shall not be severe and one can recover after a few hours.

So now you know if your newly found old bottle of rumchata has gone bad or is it still fine to consume. If it is still perfectly fine, make sure you store it in a cool, dry, and dark place away from direct sunlight and heat sources.

Rumchata has a longer shelf life and will easily last for a year or so even when stored out. Also, you do not need to refrigerate it. All thanks to cream and lots of preservatives added to it.

So enjoy the remaining rumchata alone or plan the next cocktail party at your place soon !!!