Running out of the main ingredient and realizing it right before making the dish can bring out your inner Bruce Banner. This feeling can get even more aggravated if you don’t have its replacements.

As far as orange marmalade is concerned, finding its perfect substitute is next to impossible. Its signature flavor and texture are challenging to recreate. Nonetheless, other options like orange jam/zest/juice, peach chutney, and lemon marmalade come surprisingly close.

While considering the substitutes for orange marmalade, one has to consider the consistency, texture, and flavor. For that particular reason, we have incorporated the best of the best options that fulfill all the expectations set by the iconic orange marmalade. 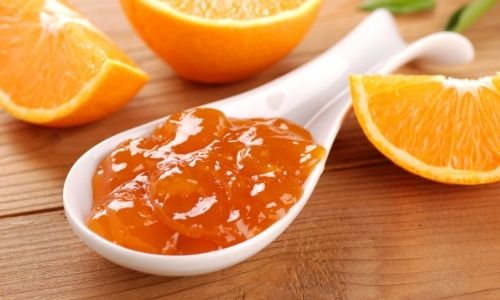 What is a better substitute for orange marmalade than its very own cousins?

Of course, we are talking about other forms of oranges like orange jam, orange zest, or even orange juice. You can use any one of them for either savory or sweet dishes. Let us understand how.

Orange jam must not be confused with orange marmalade, even though they might look the same from a distance. The difference lies in the taste.

Orange jam is made from the juices and pump of orange, while orange marmalade uses the juice and the peel as well. Not only does this affect the taste, but you shall also experience some chunky bits in a marmalade, something that is missing in a jam.

You can add orange jam to sweet and savory recipes like French toast, grilled cheese, salad dressings, or even as a stuffing in chicken or pork loin.

Orange zest can also be used as a substitute for orange marmalade.

Even though orange zest is not as sweet as orange marmalade, it can be added for its aroma. But you can use it in desserts by adding more sugar or syrup.

Either you can use dried orange zest or make a fresh batch. All you have to do is grate the orange peel and use it in your dishes.

Lastly, orange juice works in favor of the dishes that require a liquid consistency, like sauces, marinades, and cocktails. You can add the sugar to alter the sweetness as and when the recipe demands. 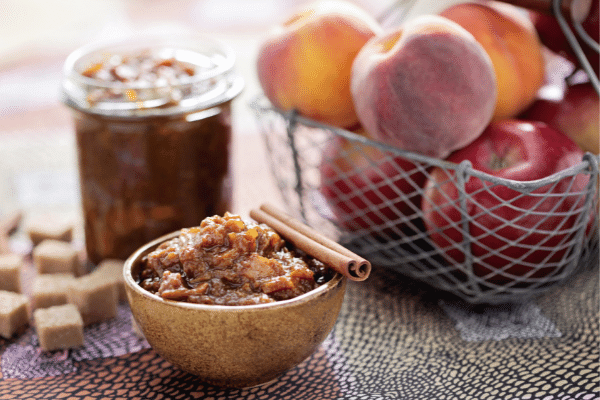 Chutneys are easier to make than marmalades. As far as orange marmalades are concerned, you can use them in recipes that require a savory, spicy, and sweet taste.

Peach chutneys are easier to make. You require onion, garlic, ginger, and of course, peach.

Once the sugar has dissolved, add peaches and cook for 10 minutes.

Let it cool and refrigerate it.

You can use this chutney in ham sandwiches, beef, salad, etc. You can upgrade your barbeque game by adding it to sauces or glazing the meat. 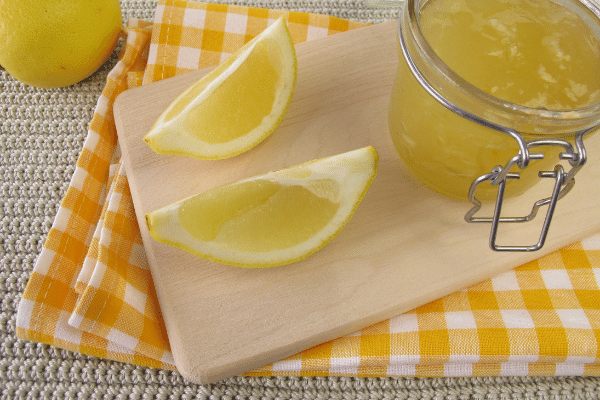 As long as you are able to recreate the tanginess and tardiness of oranges, your dish will be good to go, even without an orange marmalade.

It must be noted that the sweetness of orange marmalade might be missing in lemon marmalade. Nevertheless, the sourness and bitterness will make up for it.

You can use it to drizzle over pancakes, puddings, tarts, and even salads. 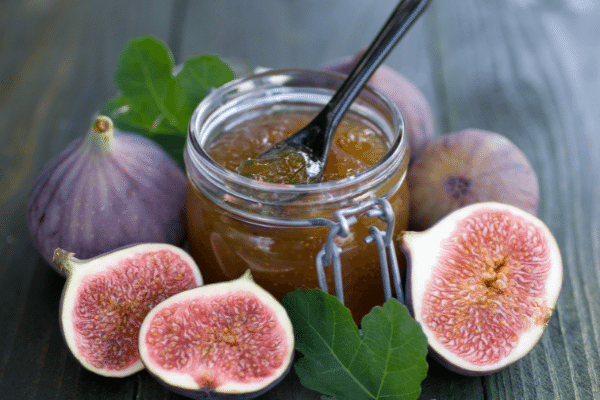 If French toast is your go-to breakfast option, but your kitchen is missing orange marmalade, you can substitute it with fig jam.

While fig jam and orange marmalade have nothing in common in terms of taste, you can recreate the same consistency and texture.

Fig jam has a honeyed taste with a crunchy texture. You can utilize such a varied taste by adding it to your French toast, hot biscuits, sweet tarts, etc. Moreover, it also works amazingly well with cheese. Therefore, this option goes beyond the sweet dishes and complements savory recipes as well.

If cheese is your favorite, we recommend serving fig jam with Brie, Stilton, Camembert, or Gorgonzola as an appetizer. 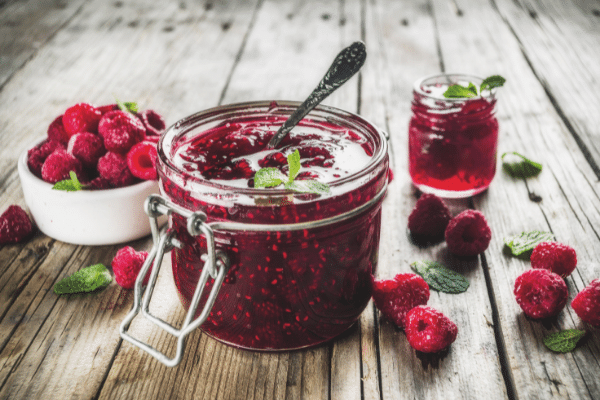 If fig jam is getting too sweet for you, you can try a hand at raspberry jam. This pink-red color jam not only brings a pop of color to the dish but also has a fruity sweetness that does not come off as overbearing.

Raspberry ham has a thick consistency with seeds that add a level of crunchiness to it. Apart from adding to your regular orange marmalade desserts like pancakes and tarts, you can also add them to savory dishes.

For example, raspberry jam works well with cheeses like ricotta and robiola. Moreover, you can add a strong flavor to wild game meat.

You will get the same coarse texture as that of orange marmalade, making it a reliable substitute. 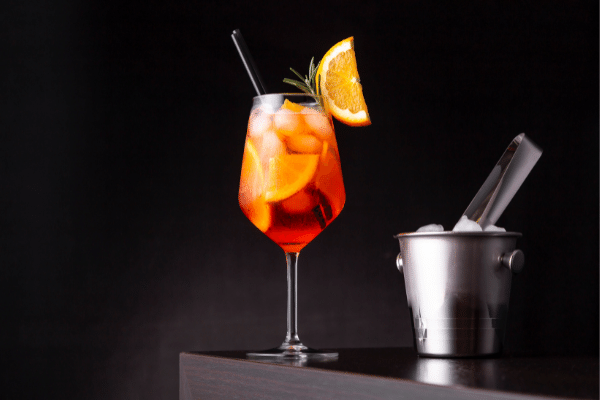 If your cocktails are missing subtle yet strong notes of tanginess, you can use orange liqueur.

It is nothing but a sweetened alcoholic drink with orange flavoring. The alcohol could either be column- distilled neutral spirit or a pot-distilled spirit.

It has citrus flavoring with a general ABV of 30-40%. The flavoring could be derived through various techniques, including maceration with dried orange peels or the addition of orange-based essential oils.

The flavor has gentle notes of sweetness and bitterness. This might vary according to the brand as well because several liqueur companies add flavorings and herbs.

If you are not much into cocktails, you can also use orange liqueur in baking for aroma. 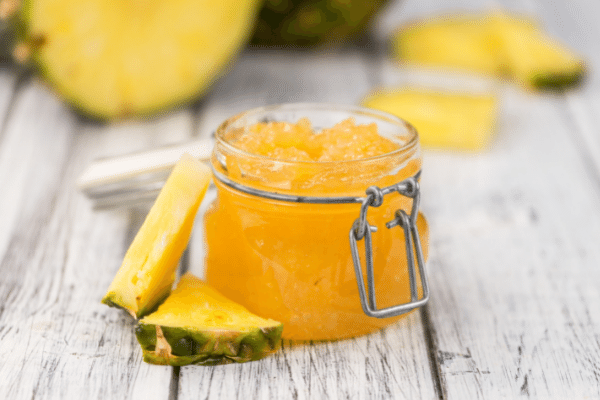 Breakfast is an important meal, but that doesn’t mean you have to gobble down the food you don’t like early morning? If you want to eat a nutritious yet delicious breakfast, we suggest trying pineapple jam in case you are out of orange marmalade.

Pineapple jam might be unconventional, but you’ll not be able to let it go once you’ve had your hands on it. It has a sour and sweet taste, very much similar to orange marmalade. Some people even prefer adding a few drops of lemon or orange to it to make it taste exactly like orange marmalade.

It has a sticky texture with golden brown color.

You can add it to tarts, toast, donuts, crepes, cookies, oatmeal, etc. 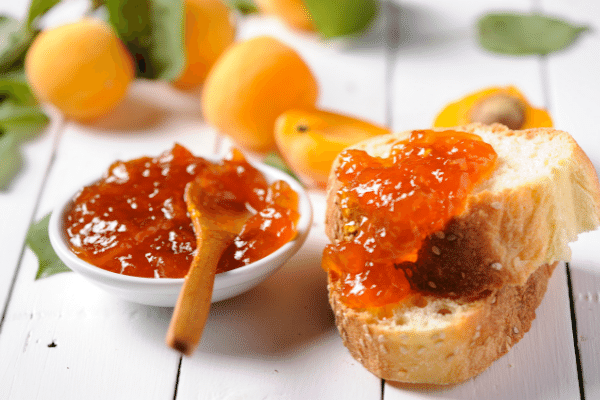 Apricot jam has a sour taste without any bitterness. It is tangy without being too sweet. Such a range of flavors allows you to use an apricot jam in several dessert recipes like ice creams, pastry cakes, yogurt, scones, etc.

A few drops of lemon juice can also help you replicate an orange marmalade dish with apricot jam. 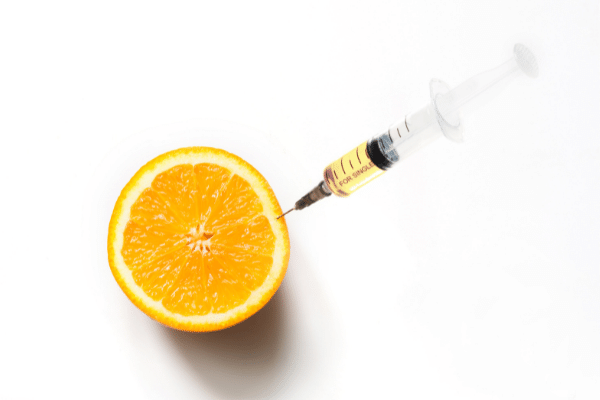 Suppose you are not able to recreate the exact taste of orange marmalade with any other aforementioned options. Should you just give up? Most definitely not.

If nothing seems to be working, you can go with orange extract. Adding this to your sauces or desserts will recreate the exact taste of orange marmalade, if not the same texture.

Apart from desserts, you can also use this for vegetables like carrots, green beans, sweet potatoes, etc.

Since grapefruits have a similar taste to oranges, grapefruit marmalade can be a great substitute.

However, some people experience a level of bitterness in grapefruit marmalade. This can be avoided by blanching it multiple times in boiling water.

Apart from desserts, you can use grapefruit marmalade with toast and savory dishes.

Preparing orange marmalade at home can be a fun process, even though it might seem cumbersome.

But if you are up for the challenge, the following is the easiest recipe.

It is advisable to store it in a cool and dark place without any direct sunlight. This will help you store it for one year.

But once you open the jar, you must finish it up within three months.

What Is the Difference Between Orange Jam And Marmalade?

Orange marmalade and orange jam differ in terms of taste and texture.

What do you use orange marmalade for?

Can you substitute orange marmalade for orange zest?

You can use orange zest instead of orange marmalade as it will bring a similar aroma to the dish. However, since it wouldn’t add any sweetness to the dish, it is advisable to add additional syrup.

The taste of orange marmalade is quite similar to orange juice. However, you will also find notes of bitterness in it.

Can I substitute orange marmalade for apricot preserves?

Substituting orange marmalade for apricot preserves is not a suitable option as it might not produce the same consistency and taste.

The most important question is, “how do you want your dish to taste like?” Once you have a definite answer for the same, it would be easier for you to choose any of the aforementioned options.