Chicken broth is often regarded as the secret ingredient that delivers the correct taste and consistency to the dish. However, its complex and unique taste retains only with the correct storage techniques, the absence of which might lead to a drastic change in the taste of the final dish.

If you want your chicken broth to last for an extended period, it is necessary to understand its expiration, spoiling signs, as well as storage hacks. Don’t worry; you wouldn’t have to go the extra mile to research as we have compiled all the necessary information in the following article.

First, let’s find out how long chicken broth can last under various situations-

How Long Does Chicken Broth Last? 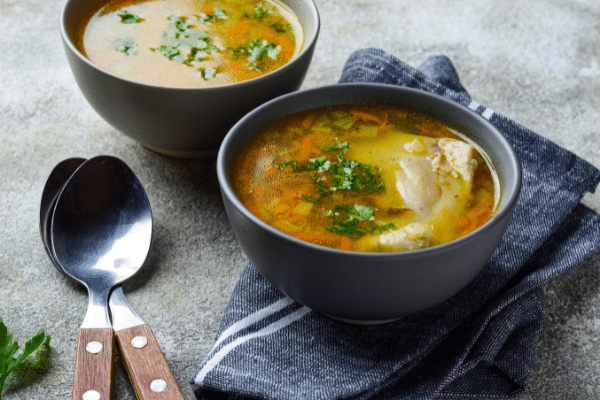 Your store-bought chicken broth comes packaged in aseptic containers, making it possible for them to stay edible for a year beyond the mentioned “use-by date,” but once opened, it rapidly loses its shelf life. You should consume it in under six days when stored in a fridge.

The table below lists the time when chicken broth stays edible under different circumstances.

Is Chicken Broth Safe To Eat After The Use-By Date? 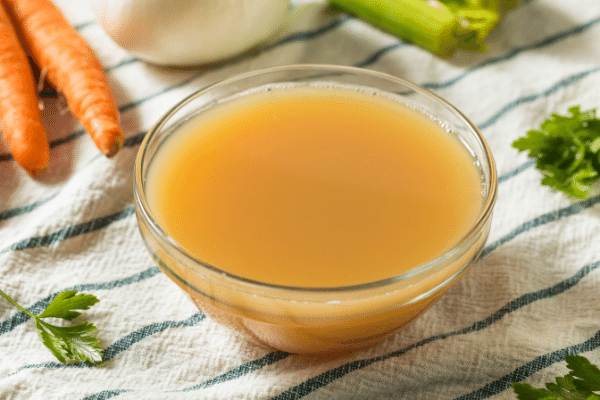 The Use-by date is the manufacturer’s estimate of how long the chicken broth will remain in top condition. Using it beyond the Use-by date for a specific time is safe.

But if you eat chicken broth with obvious signs of being spoiled, then you may get a stomach ache, and there is a risk of food poisoning.

If you are unsure about it being safe, look for the signs mentioned below.

How To Tell If Chicken Broth Has Gone Bad? 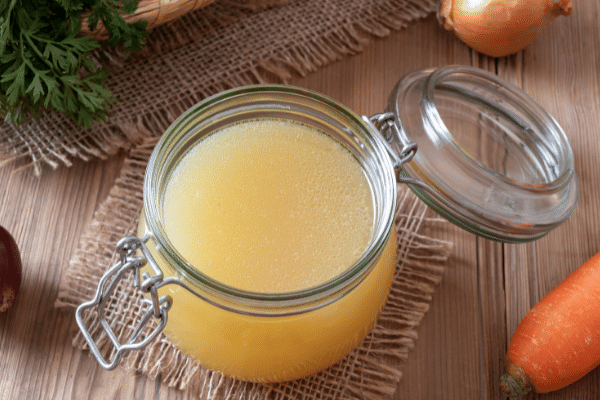 If left unopened, chicken broth can last you a long time, but once opened, it starts losing its freshness.

Signs to look for in unopened cans-

If you can see the signs mentioned above, it’s best not to open it and throw it in the bin, as it’s spoiled. If your can is swollen or dented, you should boil it in water for 30 minutes before discarding it as it may be contaminated.

The steps mentioned earlier helped you understand if an unopened can of chicken broth is edible or not.

But How can you check if your opened or homemade chicken broth is still safe to eat?

Suppose you can see greenish-blue or white mold at the top of your chicken broth, or the top layer is foaming. In that case, it is a sign that it has spoilt.

Suppose your broth is not clear and looks cloudy. You can see sediment formation at the bottom of the container. It would be best if you discarded the chicken broth immediately.

If your chicken broth does not have its sweet, pleasant smell, which a sour, rotten smell has replaced, it’s best not to consume it.

If you can see any of the signs mentioned above, We strongly do not advise you to taste the broth. But if you still want to confirm if your chicken broth is rotten, it will be unpleasant and not have its characteristic taste.

Will reheating the chicken broth make it safe to eat?

Many people believe that reheating or boiling the chicken broth will make it safe to eat.

Once spoilt, the chicken broth should be thrown away and not consumed at any cost. 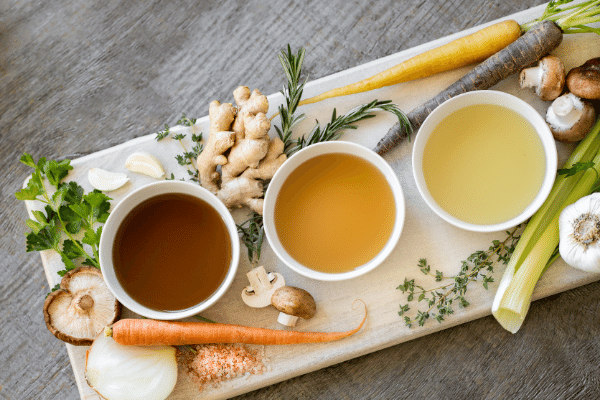 No, eating chicken broth after the use-by date is safe for some time, considering it has been stored in optimum conditions and does not show signs of spoilage.

But eating spoiled chicken broth can make you very sick. It might contain bacteria like salmonella and E-coli, leading to food poisoning.

Can Chicken Broth Be Frozen? Refrigerated Vs. Shelf-Table

Yes, freezing chicken broth is an effective way to make it stay fresh for longer!

Place the chicken broth in an airtight container and seal it with heavy-duty freezer bags.

When properly stored, homemade and opened cans of chicken broth will retain its freshness for about five to six months, after which it might start tasting funny.

Pro tip: If you can maintain a freezer temperature of 0 degrees Fahrenheit, the chicken broth will stay fresh indefinitely.

Once opened from the can. Chicken broth starts to lose its freshness rapidly; hence, it is advisable to refrigerate it.

If you have store-bought canned broth, pour the remaining broth into an airtight container and then place it in the fridge.

You should cool the homemade broth completely before transferring it into an airtight container and placing it in the refrigerator.

Under refrigeration, chicken broth can stay fresh for up to five days.

If your broth is unopened, you can store it in the fridge for up to one year, added to the use-by date.

You can keep unopened chicken broth cans in the pantry without refrigerating.

Store it in a cool, dry, and dark place in your pantry, and it will stay in edible condition for up to one year more than the mentioned used by date.

Bacteria thrive rapidly in temperatures ranging from 40 °F and 140 °F. Hence, you should not store your opened chicken broth at room temperature beyond 1-2 hours.

What Is The Best Way To Store Chicken Broth? 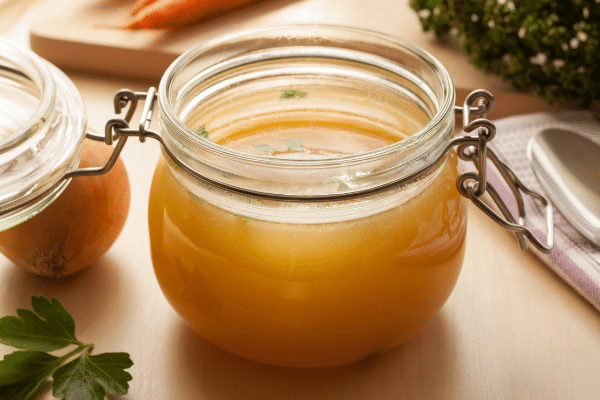 Follow the below-mentioned tips to store your chicken broth safely to prevent spoilage!

Frozen chicken broth can remain in the best condition for up to six months.

Pro tips: Store your chicken broth in ice cube trays in an airtight container and froze. So that when you need to use them, you can pop one out of the tray while the others remain fresh!

Alternatives for Chicken Broth if it Goes Bad

In case your chicken broth is showing signs of spoilage, you can try the following substitutes:

Why is my chicken broth gelatinous?

While simmering fresh chicken, you extract collagen from the bones, Which causes the soup to get gelatinous.

This is completely normal and safe to consume!

Are chicken broth and chicken stock the same?

No, chicken broth is made out of boiling chicken meat in the water, often with vegetables, while the stock is made out of chicken bones. Chicken stock will be more gelatinous, giving it a more decadent feel.

Chicken broth is an excellent addition to soups and gives a tasty twist to many other dishes!

With this article, you now know that chicken broth shouldn’t be stored at room temperature for more than two hours, and the best way to store your chicken broth is by refrigerating it in an airtight container.

You also know that mold is a sign that the chicken broth has gone bad! And eating cloudy broth is a no-no.

Comment below which of the tips mentioned you will be using next, and tell us your recommendations!