Bacon grease is one of the best residuals from the main dish as it brings a unique taste and aroma to the dish. It is used to prepare roasted vegetables, burgers, grilled cheese sandwiches, etc.

However, what should be used by the people who do not eat bacon? Simply buying bacon for bacon grease might not be a suitable option. Instead, replacements like lard, butter, tallow, and beef fat can be used.

The following post will highlight some other bacon grease substitutes that can be used to enhance the taste and aroma of the dish effortlessly.

The 10 Best Substitutes for Bacon Grease

Here’s a list of the ten best bacon grease substitutes that you should try to get the desired texture and taste in your recipes. 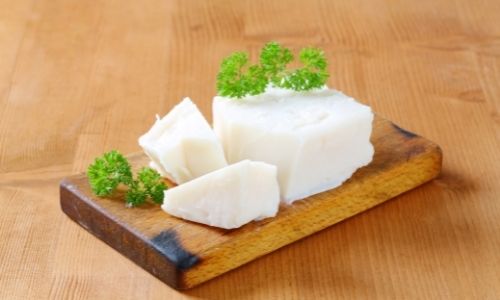 Lard is the first item on our list of the most acceptable bacon grease alternatives. Because it is generated from pigs and has a similar scent and flavor, this option is equivalent to bacon grease. If you want to avoid pig products, you can use lard made from goats, sheep, or plants.

Lard may be used in various ways, including grilling, roasting, baking, frying, and sautéing. Lard has a subtle aroma as well as a strong, deep flavor. It is also high in fats that promote heart health, allowing you to consume your favorite dishes guilt-free. 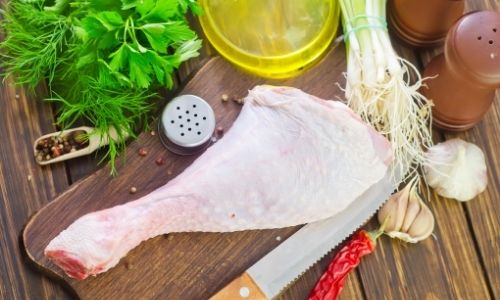 If you’re not a fan of pigs but a big admirer of chickens, chicken skin grease is an excellent substitute for bacon grease. Its wonderful scent and flavorful taste will undoubtedly appeal to you. It is also widely accessible on the market and relatively simple to prepare.

Because it has the same aroma and richness as bacon grease, you can almost use it as a replacement in any bacon fat recipe. 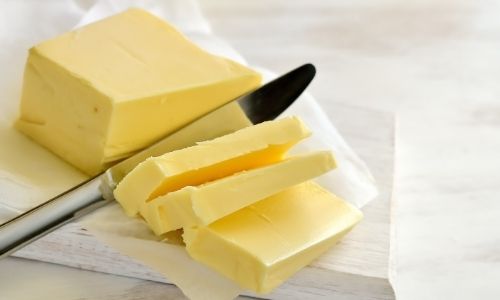 Butter is the next best thing to bacon grease. The same method is used to extract lard and butter. As a result, many individuals mistake them for one another. However, butter has a somewhat sweet flavor that pairs well with savory ingredients compared to lard.

Because butter has no distinct odor, you don’t have to worry about hiding it and may use it for cooking your meat dishes without changing the texture or flavor. Another benefit of utilizing butter is that it is accessible in various plant-based forms and easily obtained in any store. As a result, regardless if you are a vegan, vegetarian, or meat-eater, you may use butter in your meals. 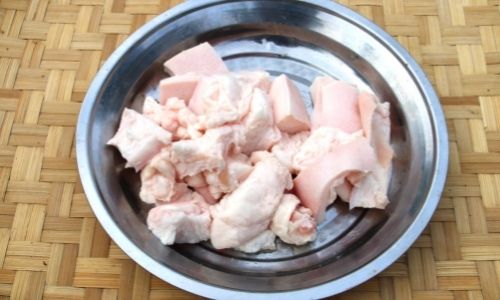 Tallow is a reduced type of beef or mutton fat composed of triglycerides. It is sometimes mistaken for lard; however, as you may know, lard is derived from pigs, whereas tallow is obtained from cattle.

It has a pleasant, rich taste, making it a terrific bacon fat alternative, whether you use cow or sheep tallow. 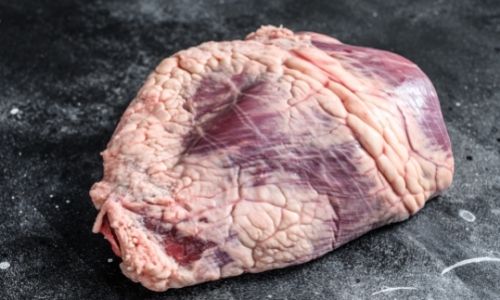 If you seek another animal-based alternative to bacon grease, beef fat might be a great choice. The main advantage of beef fat is its strong flavor, which matches most recipes. You can use it in any recipe, but it’s ideal for gravies because of its taste and added spices.

Beef fat has a smooth and rich texture that distinguishes it. Along with that, it will also offer a plethora of nutrients to your foods. 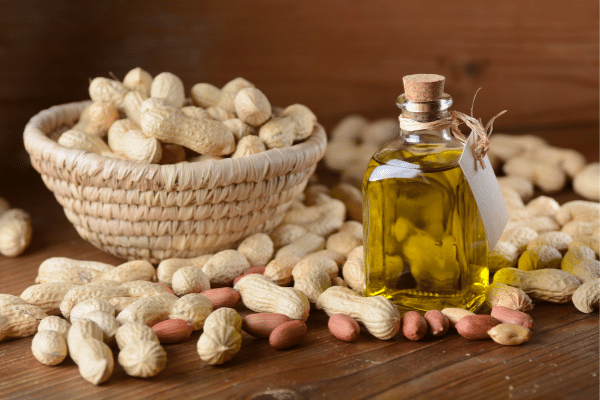 If you wish to add intense flavor to your dish, you can use peanut oil instead of bacon grease. It has a rich, wonderful aroma and a nutty flavor that will improve the flavor of any food. Though the nutty taste will enhance your cuisine, use it cautiously because it burns rapidly and can render your food bitter.

You can make your own peanut oil at home or get one from the supermarket. The one primary concern with peanut oil is that many individuals are allergic to nuts, so it’s best to find out whether a person is allergic before using it. 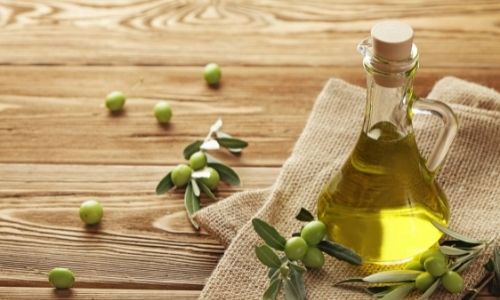 Olive oil is your best pick if you’re searching for a plant-based alternative to bacon grease that adds nutritious value to your dish. It is perfect for health-conscious cooking because it has no trans fat or cholesterol. The mild and light flavor of olive oil will help your food stand out, especially when combined with meat and spices.

Aside from cooking, olive oil may also be used for marinating, direct topping, or salad dressing. 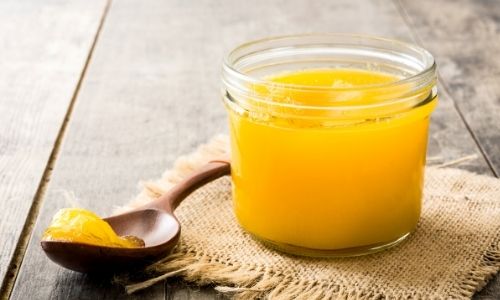 If you are familiar with Indian and Bangladeshi cooking, you might already have an idea about the intense flavor of ghee. Ghee is created from butter only, yet it differs significantly from it in many aspects. It has a moderately sweeter flavor than conventional butter and works well as a replacement for bacon fat, particularly in baking dishes.

Another advantage of using ghee is that it has a longer shelf life than bacon grease and may be stored for more extended periods without spoiling. 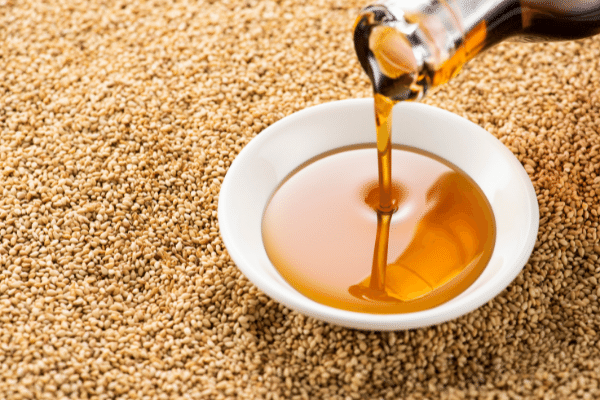 Sesame oil is a staple in practically all Asian cuisines. It’s an excellent flavor enhancer and cooking oil. It also imparts a delectable and enticing taste to your dishes. It is a highly flexible option that may be used to make sauces, soups, noodles, and a variety of other foods.

Aside from that, it contains a lot of antioxidants, phytosterols, and vitamin E. So, if you’re seeking an excellent and nutritious alternative to bacon grease, this is it. 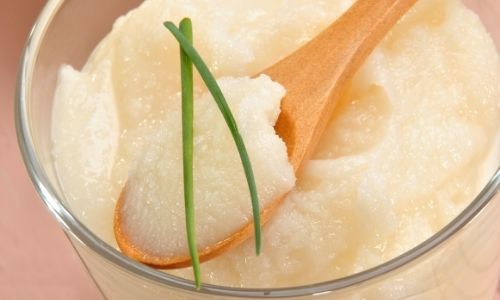 Goose fat is an excellent substitute for bacon grease, just like butter or oil. It is significantly more resistant to high temperatures than its vegetable siblings and does not darken when cooked. It can be used to prepare various meals that need bacon grease as one of its ingredients.

Once it is heated, the white fat melts and becomes liquid, giving a lovely flavor to your recipe.

1. For how long can I leave the bacon grease out?

Bacon grease should not be stored for more than an hour like any other food item. It should be noted that it has previously been exposed to a variety of substances that you must avoid.

2. What is the shelf life of bacon grease?

If properly stored, bacon grease may be preserved for 6 months. All you have to do is keep it in an airtight container in a cool, dry area to keep dust and pollutants out.

3. Is bacon grease the same as lard?

Bacon grease and lard are not the same things. It is a form of lard, but the former has a smokier flavor, while the latter has a neutral flavor.

That concludes our list of the best bacon grease alternatives.

We know that bacon grease adds a distinct and rich flavor to any meal, but it may not be the best option for vegetarians or vegans. In this post, we have explored all possible replacements for bacon grease that are safe for all types of people, including non-vegetarians, and provide a delectable and flavorful taste to any recipe.

We hope you use the best alternative that suits your preferences and create a recipe that satisfies your taste buds!