Agave Nectar is something that people consider a reliable sugar substitute. Along with that, it is also considered to be a vegan alternative to honey. Since it is sweeter than sugar and thinner than honey, it is used in preparing tea, coffee, and several tantalizing cocktails.

But like sugar, you might not use the Agave Nectar on a daily basis. You might find the bottle months later in your kitchen pantry. Now, should you use it or toss it? Since Agave Nectar can go bad, you might want to check its condition before using it.

The following article is here to solve your queries regarding the shelf life and storage of Agave nectar. So, without further ado, let’s begin.

Due to its higher sugar content, agave has an ample amount of natural preservatives. This is because it causes bacteria to lose their water content due to osmosis.

Sugar also easily binds with moisture, acting as a hurdle for the growth of microorganisms that can spoil agave. This certainly gives us a clear idea that agave nectar is resistant to bacteria that can spoil it.

However, it still can’t be said it will last forever. Agave nectar can go bad if you are not careful enough while storing it, using it, or extending from its expiry date.

So let us first know how long will it last, so you can know a bit more about your jar of agave.

How Long does Agave Nectar Lasts? 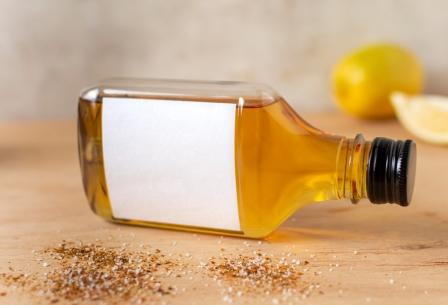 As we know, higher sugar content means longer shelf life, so when stored appropriately, agave nectar can last as long as you want. However, its quality and freshness might slowly fade with time.

Agave nectar is best to use until its expiry date or best by the date mentioned on the packaging. You surely can use agave post that, but the quality will deteriorate as stated above. So if your agave nectar tastes a bit different than it did a few years ago, it should not be a big surprise. Just know that if it tastes okay and not weird, it’s good to consume.

So to make the most out of it when it is at the peak of its freshness is always the best idea. But if you have had it for years, you should know that it is still good to consume if it has no change in its color, texture, or taste.

An unopened bottle of agave nectar has an infinite life if you know to use it with care. Now you must be thinking how long agave lasts after opening. Even opened bottle can last up to 3 years.

Since we already stated that the storage of agave nectar affects its shelf-life, let us know how to store it right to make the most out of it.

How to store agave nectar for better shelf-life?

Agave nectar looks and tastes similar to honey and so is even similar in texture as well. Therefore it won’t be wrong to store it as you would store a jar of honey.

Store it in a dry, cool place. Anywhere away from direct sunlight would work best. A pantry or kitchen cabinet is the best place to store agave nectar.

If you have opened a bottle of agave, make sure you always seal the container tightly. Also, it is not mandatory to refrigerate agave nectar after opening unless you prefer it chilled.

You must be wondering, does agave need to be refrigerated? Well, often, when agave is refrigerated, it becomes difficult to pour. Therefore avoid refrigerating it. But make sure you always use a clean jar to store it and a clean spoon while using it. Make sure you store it away from the stove, as heat can even change its quality.

When it comes to freezing, knowing what experts say would be beneficial.

Can you freeze agave nectar?

We met a few manufacturers and asked if freezing agave will extend its shelf-life or freshness, and here’s what they want you all to know.

If you are not planning to use agave for a year or so, it won’t be a bad idea to freeze it. But storing it out won’t also make it bad.

Agave has a pretty long shelf-life, so freezing it won’t make any big of a difference. Also, since we just need to pour a few drops, frozen agave could make it a bit difficult.

But in any case, you need to freeze it; you can use an ice tray. This makes it easy to thaw.

So that was how you store agave nectar and make it last as long as you want. But sometimes, if it goes bad, know that it has to be discarded. And here’s how you can tell if agave has gone bad.

How Can You Tell if Agave Nectar Is Bad?

By now, you already know that agave nectar has an infinite shelf life as it has an ample amount of sugar and is made from agave plants. But if you have had it for years, you need to check a few things before consuming it.

Give it a quick test. So if you notice any molds or contaminants, it probably has gone bad, and you should not consume them. This generally happens due to atmospheric conditions or moisture accumulated inside the jar.

Also, when agave starts to spoil, it tends to change color. If you notice discoloration, give it a good sniff and consume it only if it seems normal.

Sometimes when agave goes bad, it also tends to become more watery. So if the consistency is a bit thinner than it was when you bought it, give it a taste.

The natural smell of agave nectar is sweet and earthy. If it smells anything other than that, it is best to discard it.

Consume agave only if it tastes well, or make sure you discard it. You should know that even though it has higher sugar content and is a natural preservative, bacteria sometimes can get inside. Any noticeable change in the agave syrup, make sure to throw it.

There are certain risks associated with consuming spoiled agave nectar, and we have them mentioned below.

Is it okay to use expired Agave Nectar?

Can you use expired agave nectar? Just like any other food additive or ingredient, consuming spoiled agave can be dangerous.

Depending on the amount consumed, it can make an individual sick. It can give you an upset stomach, nausea, or throat infection. Sometimes consuming spoiled agave can also lead to food poisoning.

Since it is higher in sugar content, you won’t easily notice visible changes. So even if it’s been over expiry date or sitting in your kitchen cabinet for 3 to 4 years, give it a taste before using it all.

Consume it only if it seems normal. There are both benefits and side effects of consuming agave. When you know the right amount, you can enjoy it without risking your health. So here are the potential health benefits of agave. 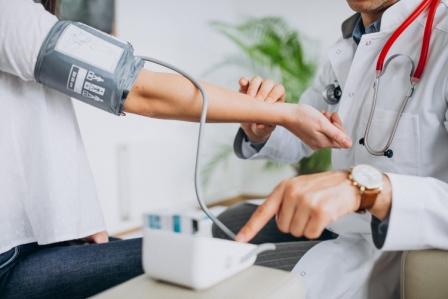 Due to its higher sugar content, agave is often considered bad for health. But this is not the whole story out there. There are some amazing health benefits associated with consuming agave nectar.

You would be surprised to know that agave is low on the glycemic index, so it is entirely safe for people with diabetes. It helps manage blood sugar.

Agave contains vitamin B6, which helps your metabolism. This means promotes better absorption of proteins and carbohydrates. It also helps manage morning sickness when pregnant and promotes the development of the baby’s nervous system.

It also contains Vitamin K and folate, which have excellent mental health benefits. Consumption of vitamin K leads to a reduced risk of depression.

Agave also is good for your heart. It keeps homocysteine levels low, which eventually protects you from severe heart diseases and stroke.

We are definitely sure these health benefits likely made you wish to have the biggest jar of agave. But remember, you don’t consume it in higher amounts. This is because there are certain risks associated with the consumption of agave on a regular basis.

What are the Alternatives to Agave Nectar if it has gone bad?

If you end up with a bad bottle of agave nectar, you can use the following substitutes to replicate the consistency and sweetness:

Does agave nectar have to be refrigerated?

Even after it is opened, agave nectar remains shelf-stable. You will not have to worry about losing its quality, taste, or consistency.

How long does Agave Nectar last at room temperature?

Storing agave nectar in a cool and dark place, preferably in the kitchen pantry, can help you retain its quality for a long period. Even if it is stored at room temperature, expect it to last for a good 2-3 years.

So it won’t be entirely wrong to say that agave will last forever. However, it has been at the peak of its freshness and full of flavors for 3 to 5 years. The quality of agave starts to deteriorate after the expiry date, and even a slight change in taste and texture would be visible.

That does not make it unsafe to consume until you like it. But if you notice any kind of mold, know that it’s not safe to consume and should be discarded.

Also, when agave spoils, it becomes watery, and even color changes. If you are unsure of its quality, give it a taste, and if it tastes okay, you can surely have it.

Due to higher sugar content has an ample amount of natural preservatives, so refrigeration is not required. Just make sure you store it in a cool, dry place away from direct sunlight or heat.

These things will surely help you make the most out of it. Hope this helped!