Since the 21st century is all about leaning towards healthier alternatives, people are always on the lookout for something nutritional without compromising on the taste. One such healthy replacement that contains the original taste, if not better, is almond flour. As it is low in carbs and sweeter in taste, it is prominently used in preparing pancakes, pasta, biscuits, breading, meatloaf, etc.

However, just like regular flour, almond flour can go bad. It could either be due to the lack of proper storage facilities or time passage.

Irrespective of the reason, the following article will provide you with all the relevant information to help you store your almond flour. Along with that, we shall help you understand its shelf life and how to determine whether it is time to discard the almond flour. 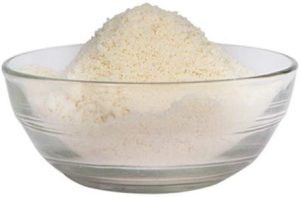 As long the packet is sealed and stored correctly, it’s good to use it for a long time. Having talked about the storage, it’s time to talk about the storage process before it gets worse. But before that, let’s see how to tell if the flour has gone bad.

It’s convenient to say whether an almond flour product has gone wrong. Almond flour has a sweet, nutty smell and a loose consistency when it is fresh and usable. It’s also cream or beige in the shade.

If almond flour is not stored correctly, then water or bugs will reach the packet, creating clumps, and giving out an unpleasant aroma and sour taste. Its appearance will also change—Colour, texture, and smell change, indicating that now the product has spoiled.

The same can be said about mold spores. If you see bluish-green specks on the powder, throw it right away.

How Long Can Almond Flour Last?

The date on the box is often the “best of” the date, not an expiration date. Almond flour, as already said, can be stored for far longer than that date.

It should be safe to use as long as the powdered almonds don’t showcase any of the signs of spoilage pointed out earlier.

Of course, if you find a bag or box that has been left in dire conditions for who knows how long, throwing it away is still an option.

At room temperature, homemade almond flour will last for a month. It can last up to 2 months in the fridge, and indeed even longer.

To prevent air exposure, make sure the container is securely closed.

For store-bought almond flour, the shelf life is a bit difficult, it could be nearly a year, but it’s better to follow the best by the date mentioned on the packet.

But also along with that, the better the storage conditions, the longer and better quality it will preserve.

But if you’ve prepared it at home, you might be wondering how to preserve it for better useful life.

How to Store Almond Flour For Making them Last Longer? 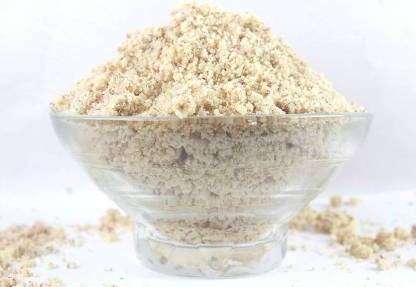 Here comes the most important part, don’t worry; we’ve got you covered with the details as well so the flour doesn’t get rancid.

How to store handmade almond flour?

Handmade almond flour should always be preserved in an airtight container or jar in the cabinet if you plan to use it soon.

If you plan to use it for a longer duration, then store it in the refrigerator. Make sure to put a label on the jar with the date of its making.

How to store Shop-bought almond flour?

Usually, store-bought almond flour has a better shelf life as it’s already processed in such a way as to increase its useful life. It can be stored in a cool, dark environment away from heat and sunlight.

Because exposing it to the head will create moisture, clumps will be made, and it will degrade the almond flour.

For better protection, store it with dry goods in the different big sealed containers and ensure the flour doesn’t get spilled up on other dry ingredients.

Storing the almond flour in the closet.

If the packet is sealed, you can store it safely in the pantry. Storing it far away from heat or direct sunlight is important.

Once opened, make sure to seal it and store it properly.

Consider storing it in the refrigerator to avoid any bugs. Moreover, this method will retain its freshness.

Preserve the almond flour in the refrigerator.

The refrigerator is really helpful for storing open-packed foods and packets as it improves the shelf life. It could be said that it helps lower the pace of the ingredient getting degraded.

We would recommend storing the powdered product in an airtight container rather than storing it in a packet. This is because the cold temperature could draw moisture and may create lumps, which is a bad sign. It’s important to seal it properly and store the item in the coldest space of the refrigerator.

Can almond flour be frozen?

Yep, that’s correct; almond flour can also be frozen if stored in the freezer. We could say it will preserve the product forever.

But you know it’s tricky to assume the time span, so we could firstly suggest freezing a small batch of the flour, and depending upon the results, you could decide the useful life.

If you don’t see any issues arising, then you could freeze the rest of the remaining product.

You must often buy the sealed plastic package, so no added prep is needed to freeze the product. Just put it in the freezer.

Besides that, use a freezer bag to protect opened packs of almond flour from freezing temperatures. Double wrapping also serves to maintain texture and consistent durability.

If you’re using frozen almond flour, make sure to let it sit until it reaches room temperature before using it. This will help keep clumps at bay.

Is there a difference between almond flour and almond meal?

While almond flour and almond meals are often used interchangeably, they have slight texture and color variations.

Almond flour has a smoother color and a better texture than almond meal, which has a softer texture and is thicker. You will need to do some more research to figure out which one is better for your recipe.

Is almond flour suitable for a ketogenic diet?

Yes, almond flour is ideal for a keto diet because it is low in carbohydrates and high in fat. It can also be eaten on a paleo diet.

Gluten-free flour does, in fact, go sour. However, there are several different gluten-free flour varieties, and almond flour is one of them, and each has a very different shelf life. The higher the fat content of any flour, the more quickly it can spoil.

Almond flour is a prominent flour substitute that is high in nutrients and suitable for a variety of dietary needs, including gluten-free, keto, and paleo diets.

However, almond flour can get spoiled more quickly because of its high nutrient content than other flours.

Though almond flour can be stored at room temperature, it is best to keep it in the refrigerator or freezer to maximize its shelf life and preserve its consistency.

It’s okay to throw almond flour if it’s gone rancid, has been infested with insects, has developed an off odor most freezing odor, or has mold development.

Often exercise good sanitation and careful preparation to extend the shelf life of your food and reduce food waste.